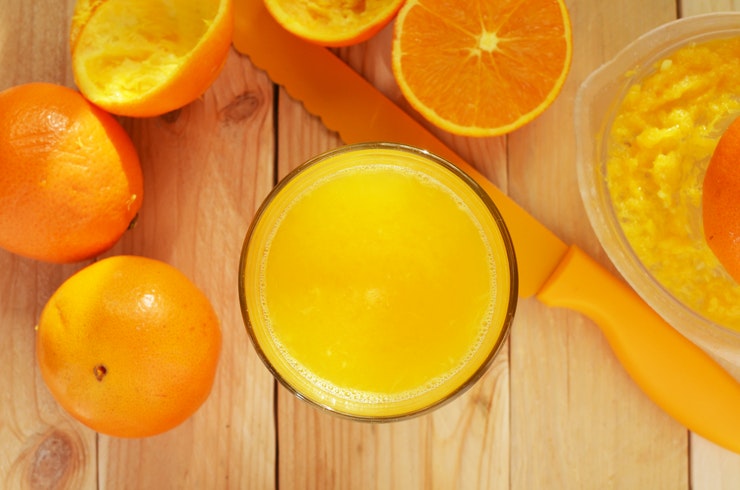 The star of pineapple for joint complaints is bromelain. This anti-inflammatory compound is commonly recommended for people with arthritis because it reduces swelling in soft tissue injuries. Other great features of pineapple include the all-star vitamin – C, as well as manganese, copper, fiber, and B vitamins.

Speaking of vitamin C, orange juice helps keep ligaments and tendons strong, which is great for joint support. Its antioxidant properties lessen oxidative stress as a result of free radical damage. The flavonoids and carotenoids work to support blood vessel cells and inhibit the inflammatory response, leading to less pain. OJ also has magnesium and calcium to contribute to joint health, making it just awesome all around.

Cinnamon is a flavorful spice that helps improve blood circulation, which can be hampered by inflammation. It has also been used holistically to treat joint conditions. In some cases, issues with the joint bones spark inflammation and chronic pain. A 2008 study on rheumatoid arthritis and bone damage found that the disease increases activity by osteoclast cells, which break down bones for resorption. In the study, cinnamon was able to slow the osteoclast activity and reduce bone damage.

Whole grains like oatmealkeep inflammation at bay because they are resistant starches. This is a type of carb that passes undigested through your system, feeding healthy gut bacteria rather than your whole body. The healthy bacteria produce a fatty acid that makes for more efficient fat oxidation, which leads to less inflammation. You’ll also get a fair bit of iron per serving, shoring up another common deficiency associated with joint pain.

Honey is a delicate sweet flavor that packs a real antioxidant punch. It has also been used as medicine over thousands of years, for ailments as diverse as coughs and skin infections. Mixed with apple cider vinegar, honey is a common natural pain reliever for joint pain. We think our smoothie tastes better, though! You still get all the nutritional benefits of honey’s antioxidants, vitamins, and minerals plus a nice sweetness and smooth texture.

Prev3 of 4Next
Prev Article Next Article