There are certain key foods that are more important to buy organically grown because some crops are more heavily treated than others. Every year the Environmental Working Group include produce with the highest pesticide loads into their “Dirty Dozen” list.

Each of the following foods tested positive for a number of different pesticide residues and showed higher concentrations of pesticides than other produce. 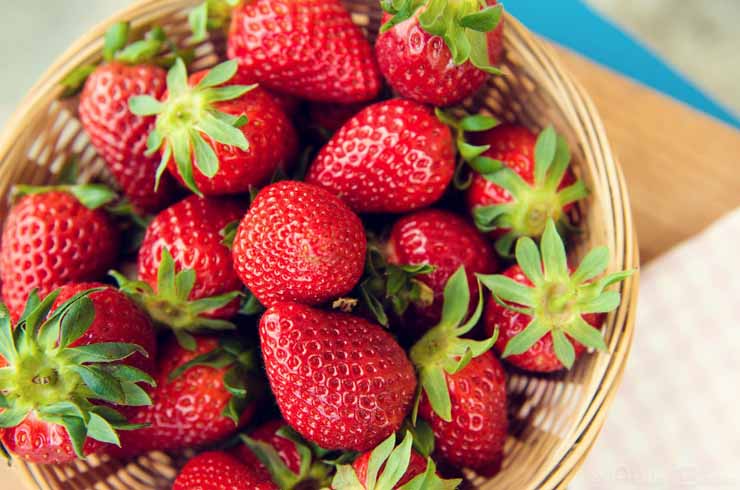 Strawberries can help prevent night sweats, lower blood cholesterol levels, help prevent heart disease and strokes, dissolve tartar deposits on teeth, protect against viruses and cancer, protect against DNA damage and skin disorders. But unfortunately, strawberries are at the top of the list of foods with pesticide residues.  According to Environmental Working Group 300 pounds of pesticides are applied to each acre of conventional strawberries.  U.S. Department of Agriculture tests found that they are the most likely to be contaminated even after they are thoroughly washed before eating. 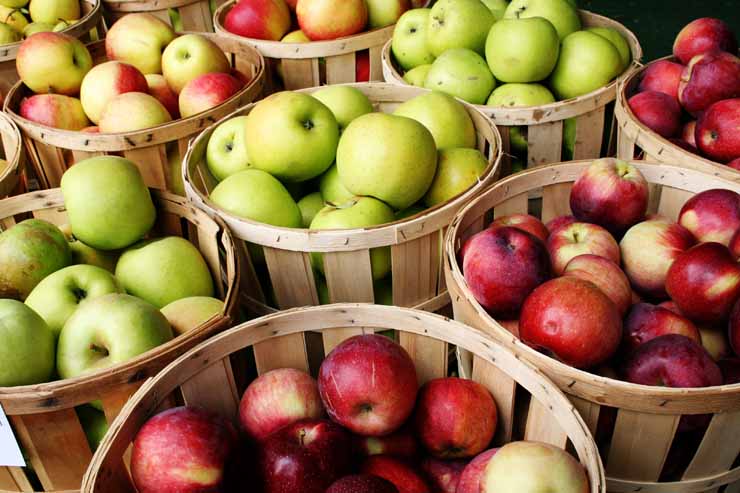 Apples are a very nutritious fruit. They are high in fiber, and apple pectin has a detoxifying quality and is used in many cleansing formulas. Apples are highly contaminated with pesticides because of the chemicals applied to the crop before and after harvest to preserve them longer. In addition to being heavily treated with pesticides, apples are usually sprayed with a thin layer of wax to extend their shelf life and make them shiny and “more beautiful”. 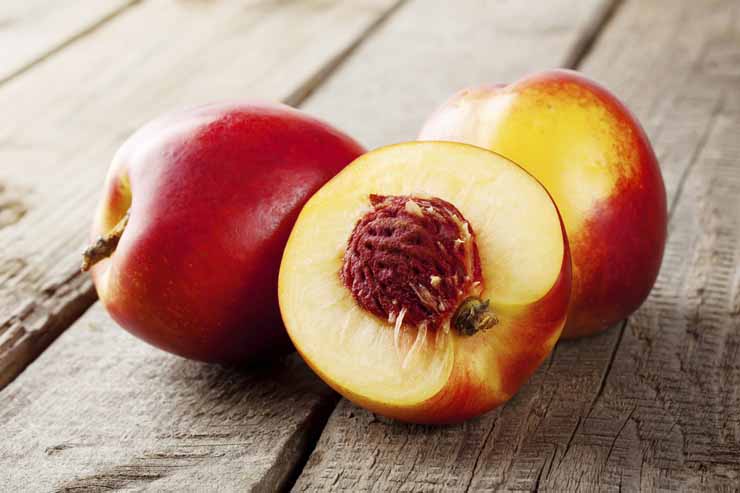 Nectarines can help protect against cancer, control blood cholesterol level, and prevent constipation. Nectarines are a powerful antioxidant because of their high levels of potassium, beta-carotene, and vitamin C.  But if it within your budget, buy organic to avoid heavy pesticide resudue. 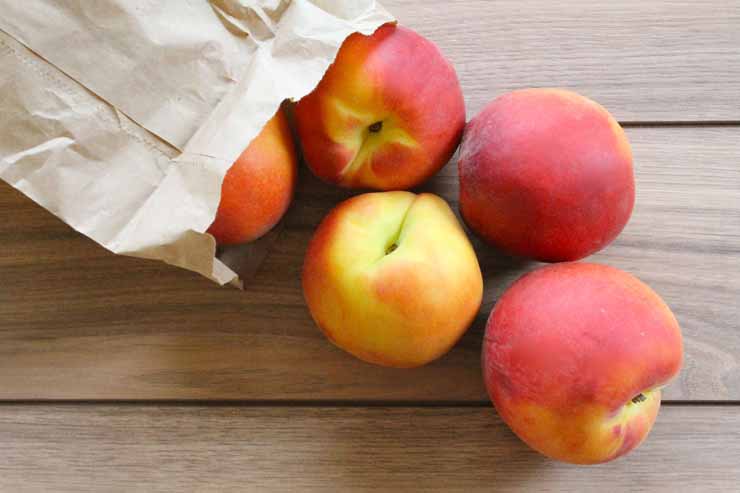 Celery may protect against certain cancers, especially stomach cancer. Eating two to four stalks daily can lower blood pressure, particularly if high blood pressure is related to stress. This vegetable is considered to have a relaxing effect by calming the nerves. As it has no protective skin the pesticides immerse themselves to this crunchy veggie. 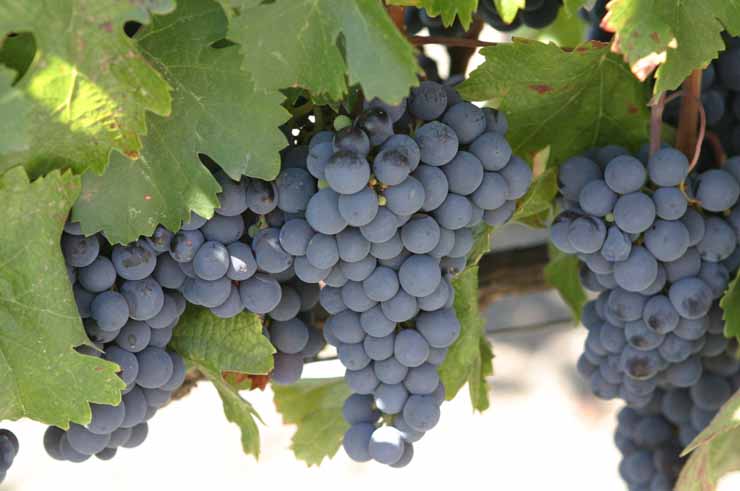 Grapes help combat toxins in the body, stimulate the liver, increase energy, lower the risk of cardiovascular disease, and improve circulation. Because bugs are attracted to the sweet grapes, these fruits are often heavily sprayed. According to USDA findings, a single grape sample contained 15 pesticides. 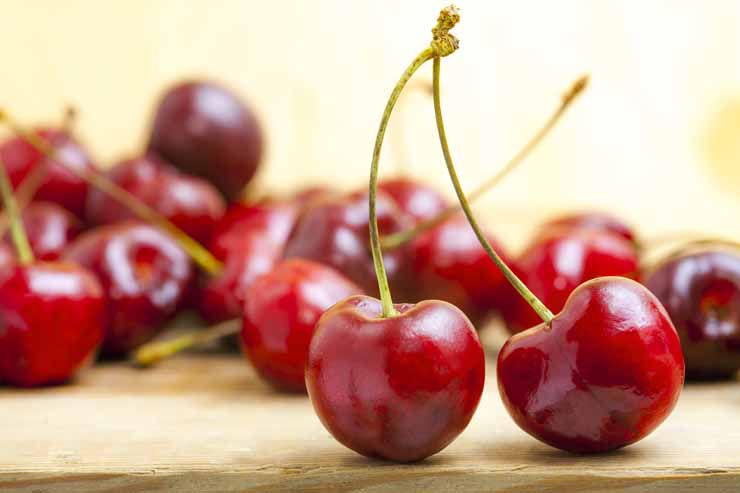 Cherries benefit the glandular system, remove toxic wastes from tissues, and aid the functions of the gallbladder and liver. Purchase organic cherries whenever you can to avoid the chemicals and benefit from the nutrients such as vitamin C, potassium, calcium, iron, magnesium, phosphorus, zinc, copper, manganese, etc. 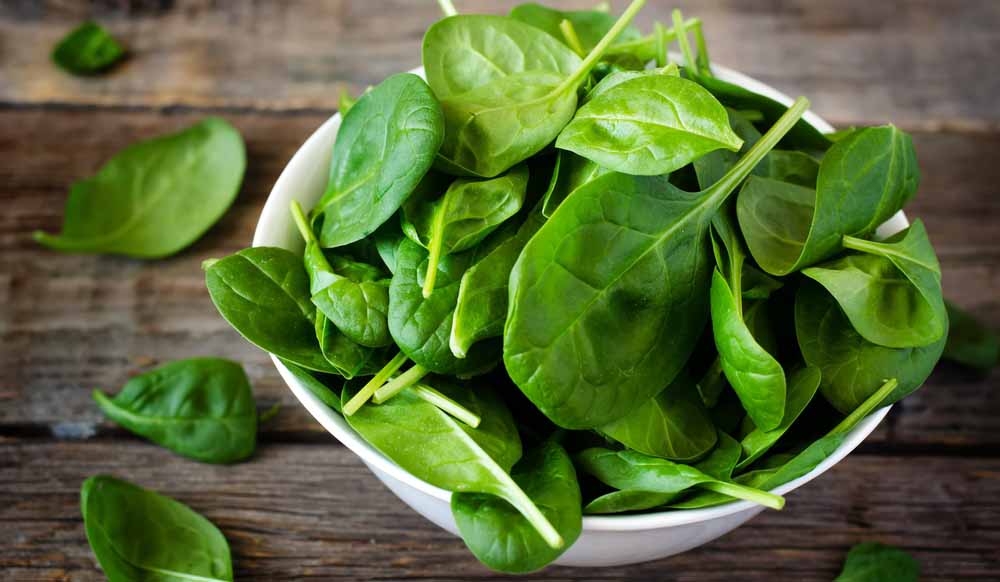 Spinach is a nutritional bonanza. Multiple studies confirmed its ability to protect against cancer. It prevents the body’s cells from undergoing mutation, reduces risk of lung cancer, and blocks the formation of nitrosamines, which are potent carcinogens. Spinach is a good substitute for lettuce in salads, and lightly cooked spinach is concentrated in nutrients. But of all leafy greens conventional spinach has the most pesticides and is included in Dirty Dozen list. 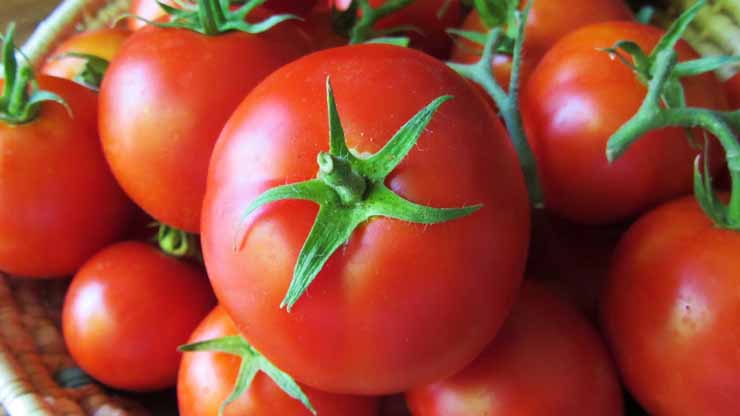 Tomatoes help the body to resist infection and fight cancer. Due to the high demand for tomatoes, besides being treated with pesticides, tomatoes are treated with ethylene gas to help them ripen. Buy them organically grown or consider growing your own tomatoes! They are one of the easiest vegetables to cultivate at home, even a container in a sunny window will do. 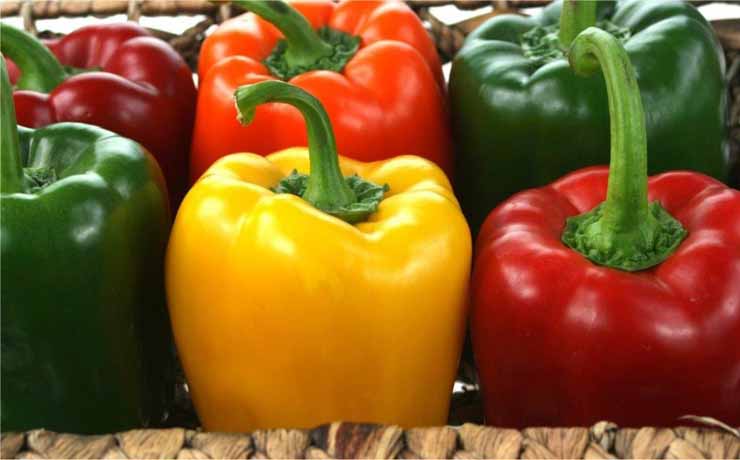 Sweet bell peppers are low in calories and high in vitamin C, bioflavonoids and vitamin A, which helps to fight infections, heart disease, and cancer. According to USDA finding a single sweet bell pepper sample contained 15 pesticides. Additionally to being treated with pesticides, bell peppers are frequently waxed to preserve freshness and color. 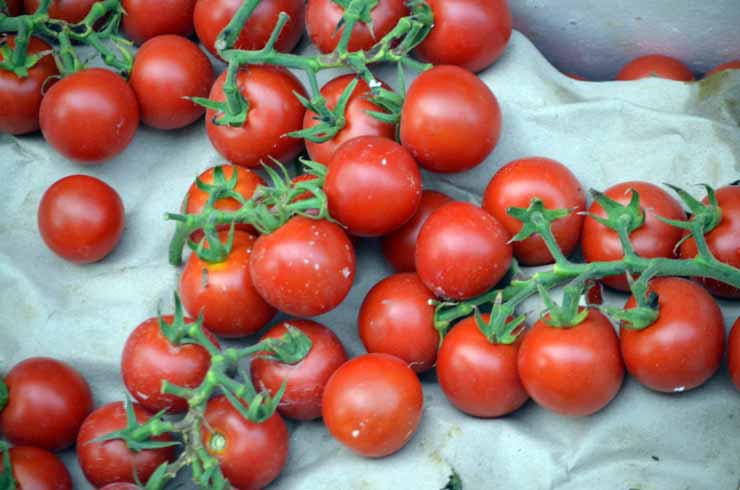 Though cherry tomatoes are a miniature version of traditional beefsteak tomatoes, they are equally as nutritious. But as they are thin-skinned, they easily absorb any chemicals they are being treated with. That is why they are on the Dirty Dozen list. 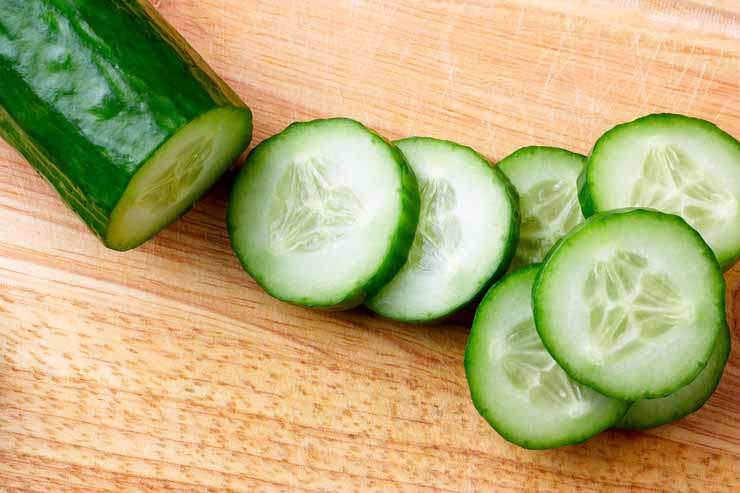 Cucumbers help to normalize heart rhythm, regulate blood pressure, ensure proper function of nerves and muscles, and maintain the body’s fluid balance. They are low in calories, a good source of fiber, and give lots of flavor and crunchy texture to recipes. Additionally to being treated with pesticides, cucumbers are frequently waxed to preserve freshness and color.